Rosh Hashanah marks the beginning of a new cycle. The festive moments invite us to engage in reflection and, from there, to rethink our daily practices. In Jewish thought, time is circular, not just in yearly cycles. Historical time is a process of improvement and reparation that fits between Paradise and Messianic Time, two mythical ideas of perfection, of absolute good. From this conception, the human being is launched into an imperfect existence, which moves between these two extremes. Stemming from biblical myths, we symbolically associate the beginning of a new year with the creation of Adam, the first human being. Let us study some interpretations of this story.

The Mishnah (Sanhedrin 4:5) interprets that Adam was created as unique to teach us that whoever takes, or maintains, a person’s life is regarded as one who destroys or sustains the entire world.  In addition, it compares: the person, when minting coins, does it from a stamp and they all look alike. Instead – the Mishnah clarifies – God created every human being with the seal of Adam and yet none looks like him. That is why each of us must say: the world was created for me.

We learn from this text that people are all equal in value and importance and, at the same time, as works of the divine and miraculous, we are all different.

According to Rabbi Meir (Sanhedrin 38a), Adam was created with the earth from all over the world and as such, there is a relationship between our body and the entire planet. In another interpretation, the Midrash Rabbah (Bereshit 14:8) says that God created Adam with the earth taken “from the very place from which he will atone for his errors.” It is interesting to remember that vowels are not written in Hebrew and that written letters form related word families. The “place from which he will atone for his errors” refers to the altar where offerings (KoRBaN) are brought (KaRoB). We see a relationship between the body and the possibility of approximation, of returning the error, of reparation.

The Talmud (Berachot 58a), tells that Ben Zoma used to say: “How much effort Adam must have made to get bread to eat! He plowed, sowed, harvested, collected, threshed, spread, separated, ground, sifted, kneaded, baked and then ate. I get up and see everything done in front of me”.

We are one in Adam, but different. Diversity allows us to survive. As Ben Zoma says: without the others, alone like the original Adam, we could not even meet our basic needs. Furthermore, without a proper connection to the planet, the body, and at the same time the host, we would not be able to remain alive either. We are guests of a world that gives us life and we should be grateful.

Our teachers teach us that although we differ in our bodies, voices, faces, thoughts and opinions, we are one in mythical Adam. That everyone’s life is sacred in equal measure and that we should not make any differences. That we need each other, that we complement each other and that we are responsible for one another and for the planet. That we are not the owners of the world, but rather guests and guardians. That we can make mistakes and that taking responsibility implies acknowledging our mistakes with humility, reaching out and repairing humanity and the planet.

It’s time to go back to Adam, to focus on the interrelationship between humanity’s life and that of the planet, recognizing that we are one body. It is embracing, from a culture of the encounter, what is different in the face of the other, as sacred as our own. It is giving thanks instead of despising the gift that is life. It is to remember that we are imperfect, but that on earth we are able to approach and offer ourselves, and to repair our mistakes. It is time to exchange selfishness for love, to put into practice the divine desire for the common good, to make ourselves responsible and to sustain human and planetary life in its diversity, and thus, celebrate it. 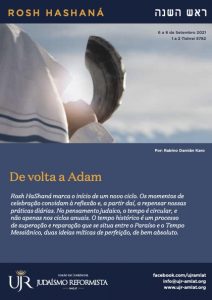 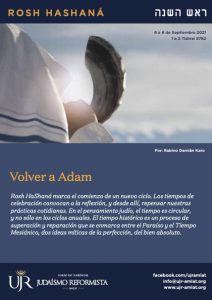 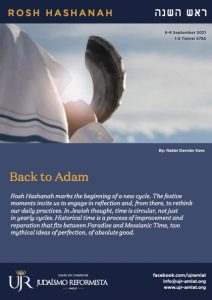