TO START AT FORTY

This day is very particular to our tradition as it has a very deep and mystical meaning. On this day we remember several events that happened in our history. We prepare ourselves to receive the Sefer Torah, and it reminds us of the strength of that day. It commemorates the times when offerings of wheat and barley were brought to the Holy Temple.

We remember the death of Rabbi Akiva’s disciples, a great human and cultural loss, as the Talmud says that 24,000 students lost their lives. On this day we remember that the tragedy was interrupted.

On this day we also remember the death of Rabbi Shimon Bar Yochai, a prominent disciple of Rabbi Akiva, creator of the Zohar, a book that tells us about Jewish mysticism.

When Rabbi Bar Yochai realized that his death was near, he revealed much of the knowledge he had about mystical Kabbalah, and for this reason, bonfires are lit on his birthday, as a symbol of the light of all wisdom that has been revealed. In the same way, he asked that the day of his death be a day of joy, because on that day his soul was united to God, and so, instead of mourning, we have a great feast.

On this occasion I want to talk a little about Rabbi Akiva, who teaches us that there is always time to start over.

Rabbi Akiva renewed his life at the age of 40. At that age, Akiva Ben Yosef knew nothing about Judaism in general and Torah in particular. He could neither read nor write. It is when he meets his wife Rachel that he decides to start studying.

But the big question that Rabbi Akiva asked himself was whether it was not too late to start studying at forty, to seek a change in his life.

An event he witnessed gave his life a new twist to seeing things from another place.

Akiva comes across a rock with a hole going from one side to the other. He cannot find an explanation for this strange phenomenon until he sees a drop of water fall onto the stone. The steady, continuous drip finally managed to pierce the rock; the water had managed to break the stone. If water could penetrate the stony hardness, the words of the Torah could penetrate his ignorant and not-so-young heart. But this episode leaves Akiva with one more lesson.

Rabbi Akiva started from the “first drop” at the age of forty and became the greatest sage of his generation and one of the greatest of all time.

Rabbi Akiva teaches us that there is always time to start over, to ask what change we want to have in our lives.

In this Lag baOmer I propose that you do like Rabbi Akiva, ask  yourself, what is the change you would like for your life?

May you continue what you’re living and turn around.

Lag baOmer, it’s time for light, to find an oasis in the middle of the desert.

May you find yourself in this Lag baOmer. 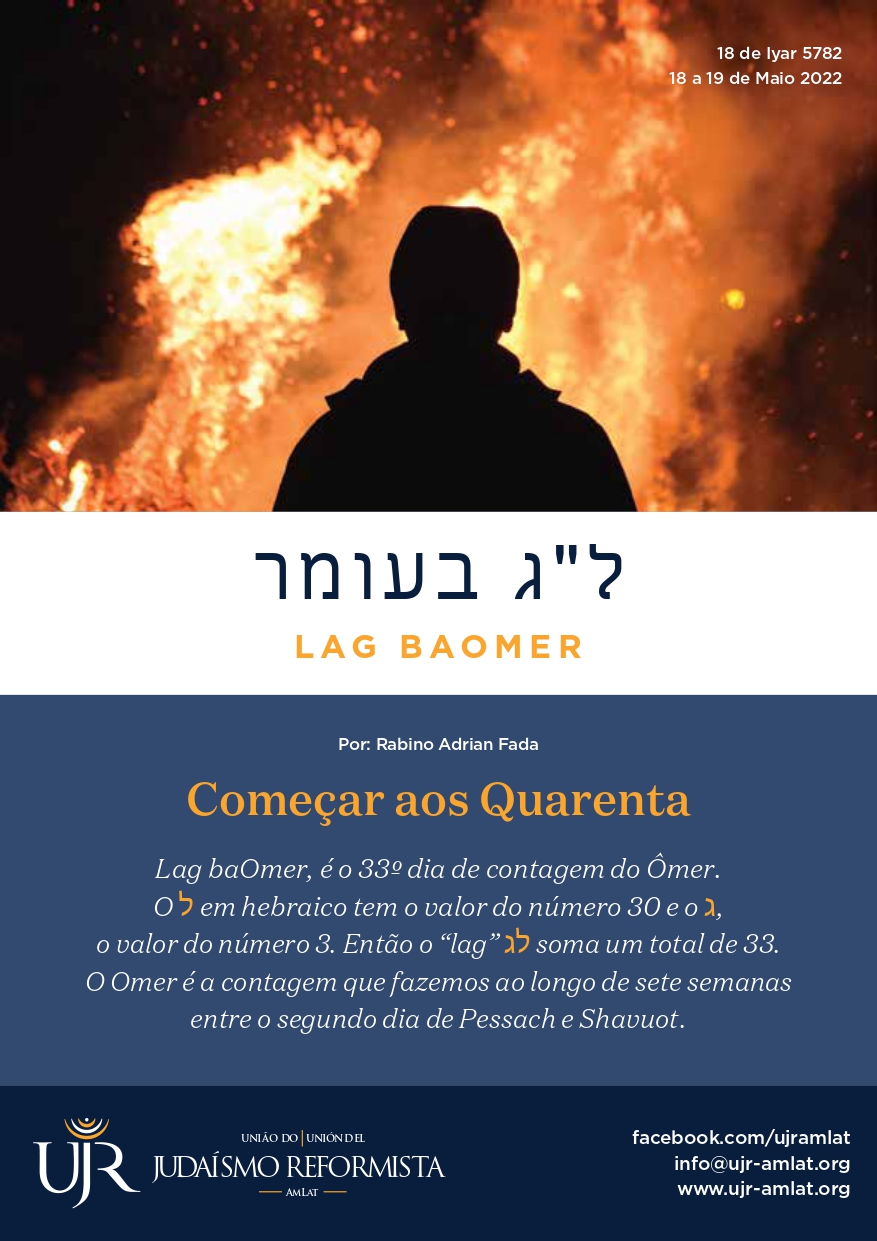 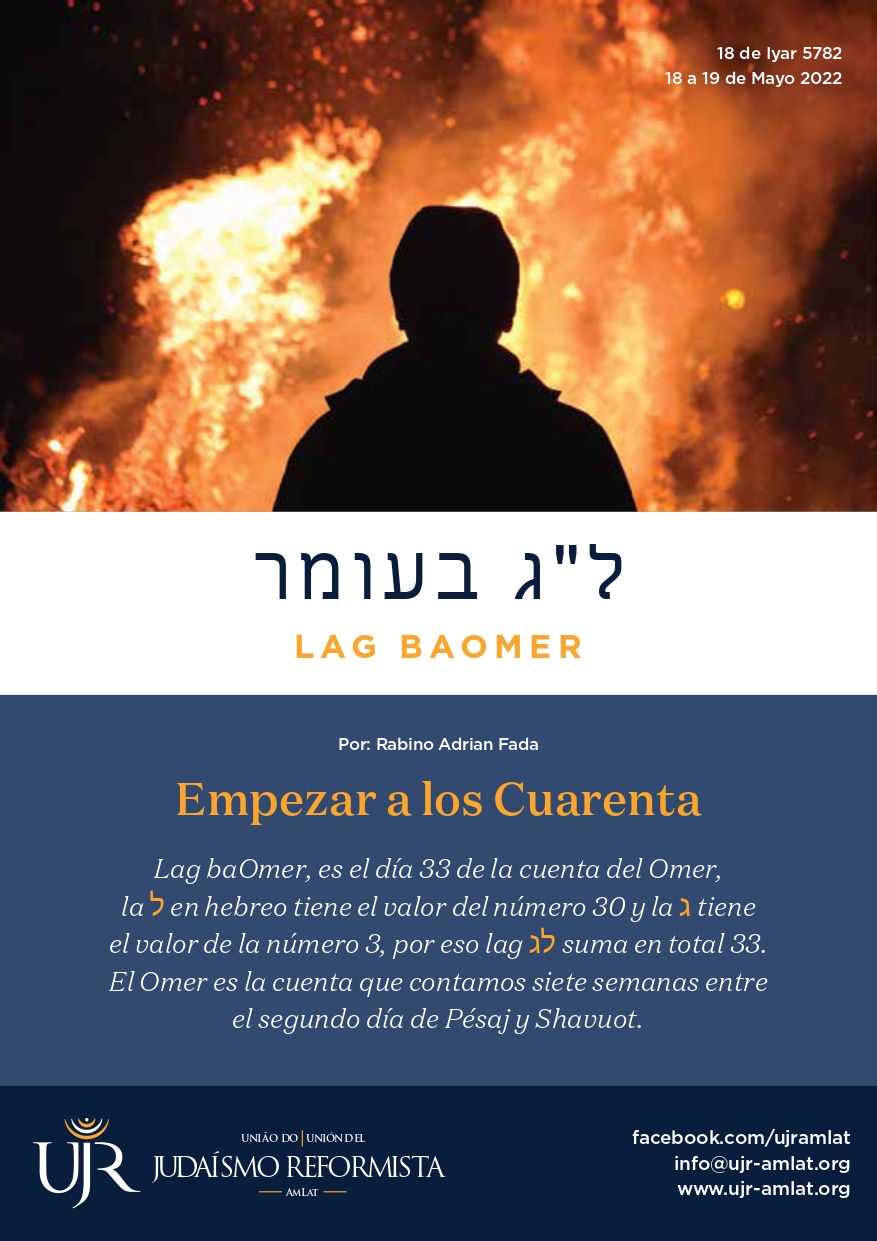 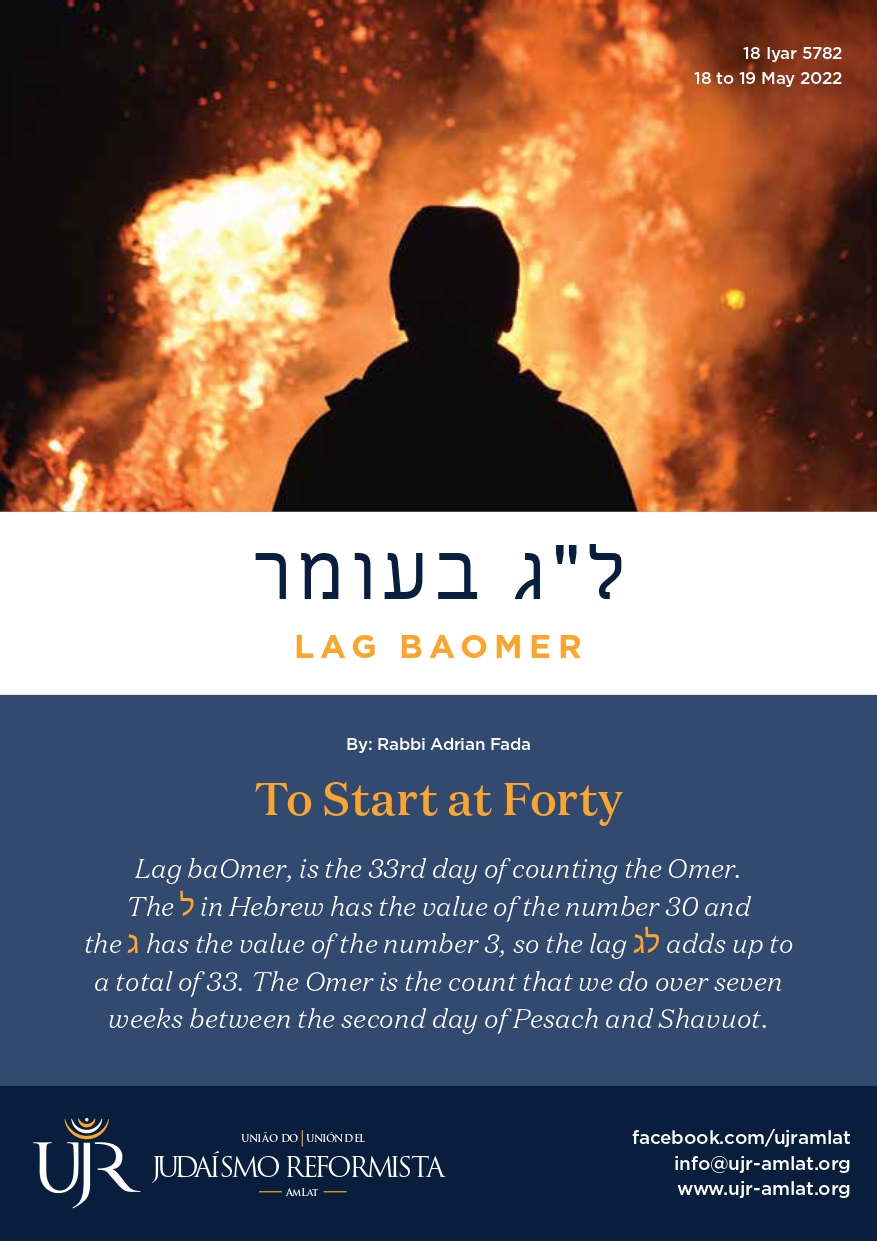