Yom HaZikaron is an Israeli National Day of mourning in remembrance of those who gave their lives in defence of the State of Israel. The Knesset – the Israeli Parliament – established the day before Yom HaAtzmaut (Israeli Independence Day) to remember and honour the soldiers who lost their lives in defence of Israel far before the creation of the State: thus, there are records of fallen Jews since the first time they were authorised to live in the Land of Israel outside the walls of the Old City of Jerusalem, beginning in 1860, when the first district was established outside the Old City – but also the fallen in the War of Independence (1948-9) and the later wars and skirmishes.

It is a solemn day, during which all entertainment sites are closed, radio and TV broadcast programmes about the Israeli wars in a sad tone, and two-minute sirens sound throughout the country: once in the evening, to mark the beginning of the holiday with an official ceremony at the Kotel – the Western Wall, when the Israeli flag is raised to half-staff; and once in the morning, before the national memorial ceremony, in the Mount Herzl military cemetery in Jerusalem, in the many military cemeteries and public squares throughout the country. While the sirens sound, the whole nation stands still: even cars are parked on highway shoulders and their occupants stand in silence by their vehicles. The day officially closes on the eve of Yom HaAtzmaut, when the Israeli flag is fully raised.

Until April 2021, the number of soldiers and terror victims was of 23.928 people in the Israeli wars and the conflicts before the Independence, since 1860.

The transition service between mourning and celebration, created by the Israeli Reform community Beit Tefilah Israeli (BTI), led by Rabbi Esteban Gottfried in Tel Aviv, has been spreading in Israel and in some places throughout the world.

Among all holidays in Israel, Yom HaZikaron and Yom HaAtzmaut are connected in an extraordinarily moving way. The closeness of the two days, the enormous dichotomy between what they mark and the different rituals that accompany them led BTI to create a ceremony that mixes Jewish tradition and modern Israeli culture, using the familiar Havdallah model – a ceremony that traditionally distinguishes a holy day from a common day. In this case, Havdallah distinguishes the sanctity of Yom HaZikaron from the sanctity of Yom HaAtzmaut. Tradition and modernity unite to speak to the hearts of the Jewish people in current days.

Unlike other Jewish holidays, marked and celebrated for thousands of years, these holidays are recent: while Yom HaZikaron and Yom HaAtzmaut were created by the Knesset, Beit Tefilah Israeli took an active role of creating traditions by creating this Havdallah.

This special Havdallah ceremony has been adopted by dozens of communities in Israel and elsewhere.

According to Rabbi Levy Kelman, who founded and for many years led the Reform Congregation Kol Haneshamah, of Jerusalem, “this Havdallah ceremony is, in fact, reversed. The ceremony between Yom HaZikaron and Yom HaAtzmaut brings us from the awareness of death and mourning to the celebration of rebirth and life. Because of this, we recite ‘that which distinguishes between Sacred and Sacred, between darkness and light, between pain and joy, between day of mourning and day of festivity, between Day of Memory and Day of Independence…’. We recite the verse from the traditional Havdallah ‘Ozi vezimrat Ya, vayehi li lishuah’ – ‘God is my strength, and my chant is my redemption’ (Exodus 15:2, Psalms 118:14). The music itself helps to transition to Independence Day – both the content and the melody. We close with a poem written by poet Gilad Meiri, with peace songs, and of course, with Hatikva, the Israeli national anthem.”

5 Iyar in the Hebrew calendar. It begins on the eve, but this year it was brought forward to 3 Iyar so Yom HaZikaron doesn’t fall on Shabbat.

The Israeli Independence Day marks the establishment of the modern State of Israel on 14 May 1948, in a late Friday afternoon, right before Shabbat begun. It was when, in Tel Aviv, along with the other leaders of the People’s Council, David Ben Gurion – then future Prime Minister of Israel – issued the Declaration of the State of Israel. This was recognised by the Soviet Union, the United States, Brazil and by the majority of United Nation member-states, but not by the neighbouring Arab countries.

On the eve of Yom HaAtzmaut, celebrants and political leaders meet at Mount Herzl, Jerusalem, where there is a ceremony with speeches and a military parade, closing with the lighting of twelve torches – representing the 12 tribes of Israel. Israelis take to the streets to watch open-air concerts, hold parties and watch fireworks. Friends and families meet on the next day, usually in parks and nature reserves to have barbecues, visit museums and other attractions, which stay open for the public, free of charge.

It’s also customary in Yom HaAtzmaut for teens to participate in Chidon Tanach tournaments – with questions about the Hebrew Bible. In this day, the Israeli Prize – the highest honour of the nation, a sort of national Nobel Prize – is also awarded, in a solemn ceremony for those who are most distinguished in the different fields of knowledge. 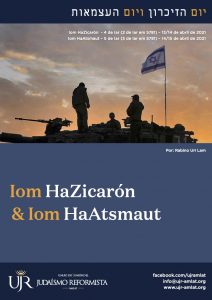 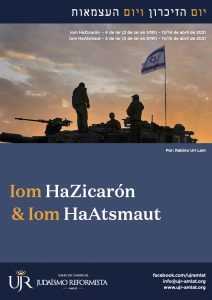 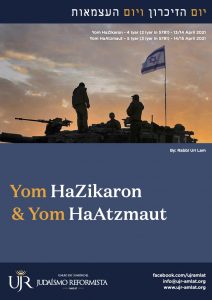